It was 1 in the afternoon when I received the call from one of my suppliers at the wedding venue, “Mrs. Regina, the energy has not arrived yet and they say it arrives at night”, I felt like the pressure went up by one thousandth second.

Let’s go back 2 years, Alba and Luis contacted me through Matrimonio.com on November 17, 2016 and like any other couple, we made the first steps to land a quote. When I talked with them for a while I realized that this wedding was going to be special, since Alba is a super detail person. In order to sign the contract it was important that his father, Mr. Fidia, met me, so they showed up one day at my office, Alba with his parents and Luis with his mother and grandmother, after this meeting they decided to hire me and  from there we started working until the day of his dreamed wedding.

By that time, Luis was already working in Cartagena so whenever Alba could travel from Bogotá, we would advance as much as we could. After visiting some places, we arrived at the Palace of the Inquisition which filled the expectations of the two of them. Over time they began to choose carefully the suppliers, and the details they wanted for their wedding. 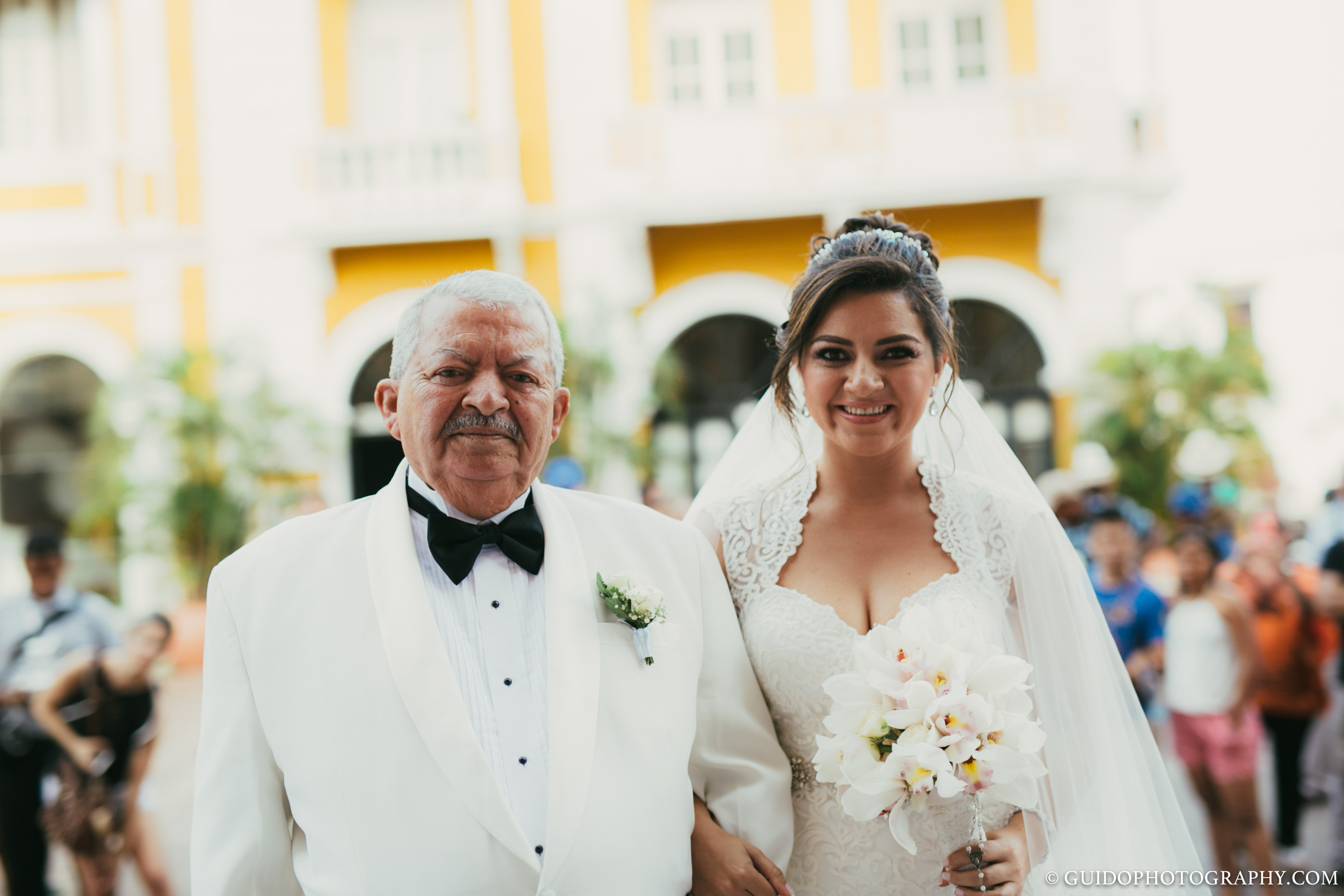 Alba was in every detail, it was very demanding since she wanted everything to be perfect. One of these details that I still have in my head was the choice of her Bouquet and the decoration of the wedding cake. One of the last decisions near the wedding. 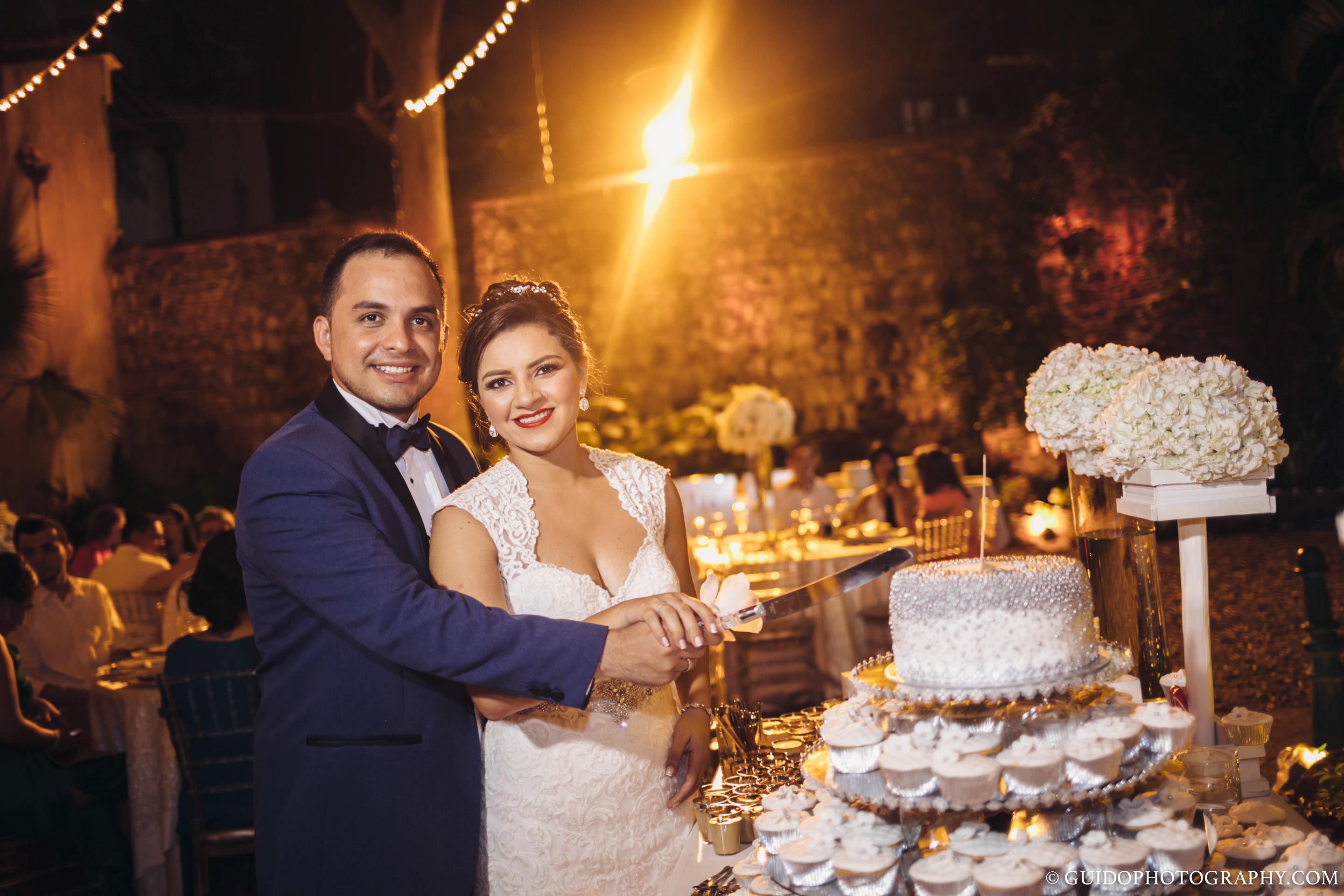 When the expected day arrived, April 30th, I was more nervous than Alba herself. I had entrusted my TEAM with every detail so that when everyone arrived at the reception, everything was just as they had imagined it. Yes, there were many setbacks like the one I mentioned at the beginning but without a doubt everything started to take place as we had planned. The ceremony was beautiful in the San Pedro Claver Church, then the Mulatas and the Tamboreros took the guests to the palace of the Inquisition, while Alba and Luis went to take the photo tour, the guests were refreshed with a delicious cocktail and they took photos in the photo booth that Alba had hired. When the “Newlyweds” came to the place, their reaction was the reward of all the hard work we had done for the wedding. 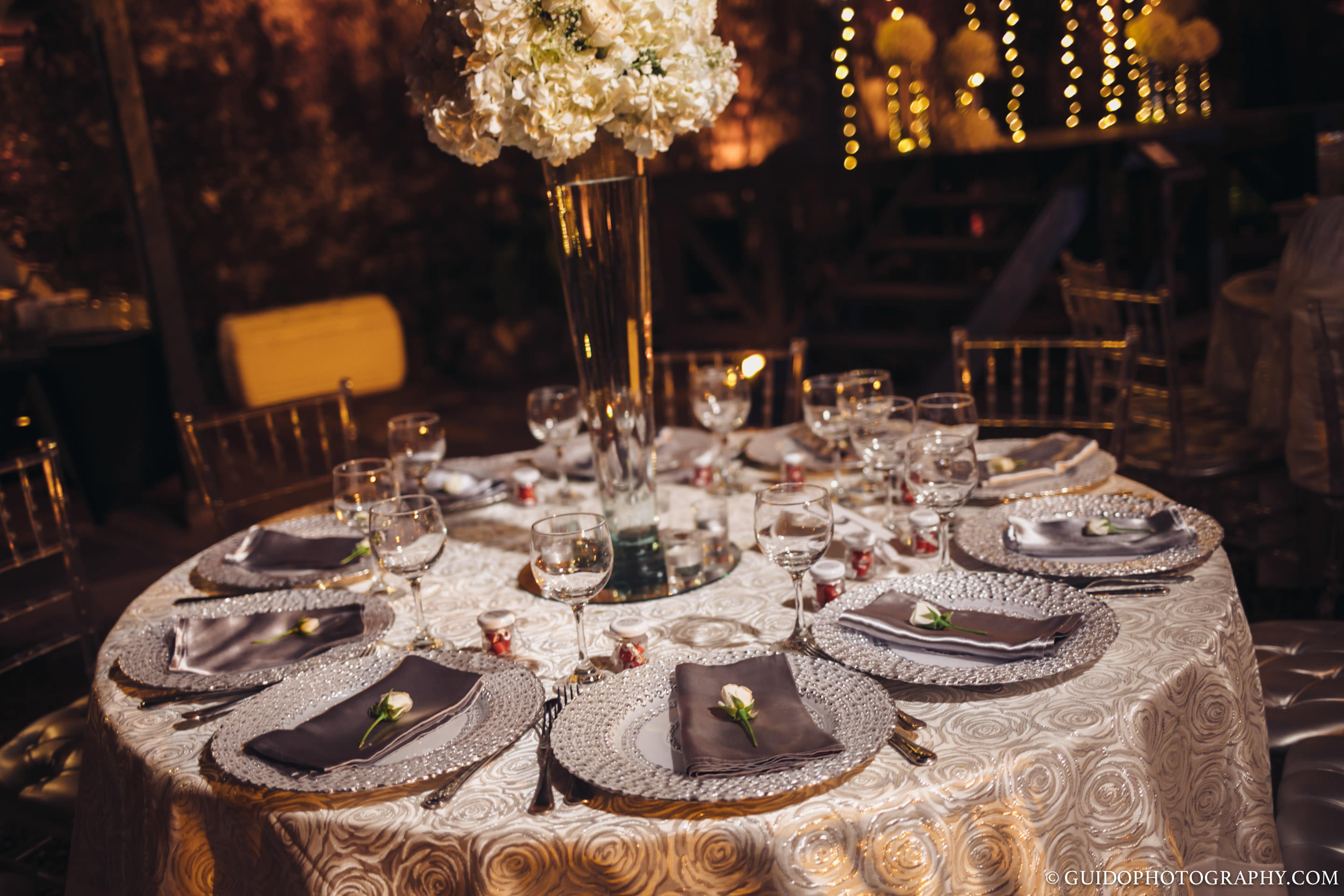 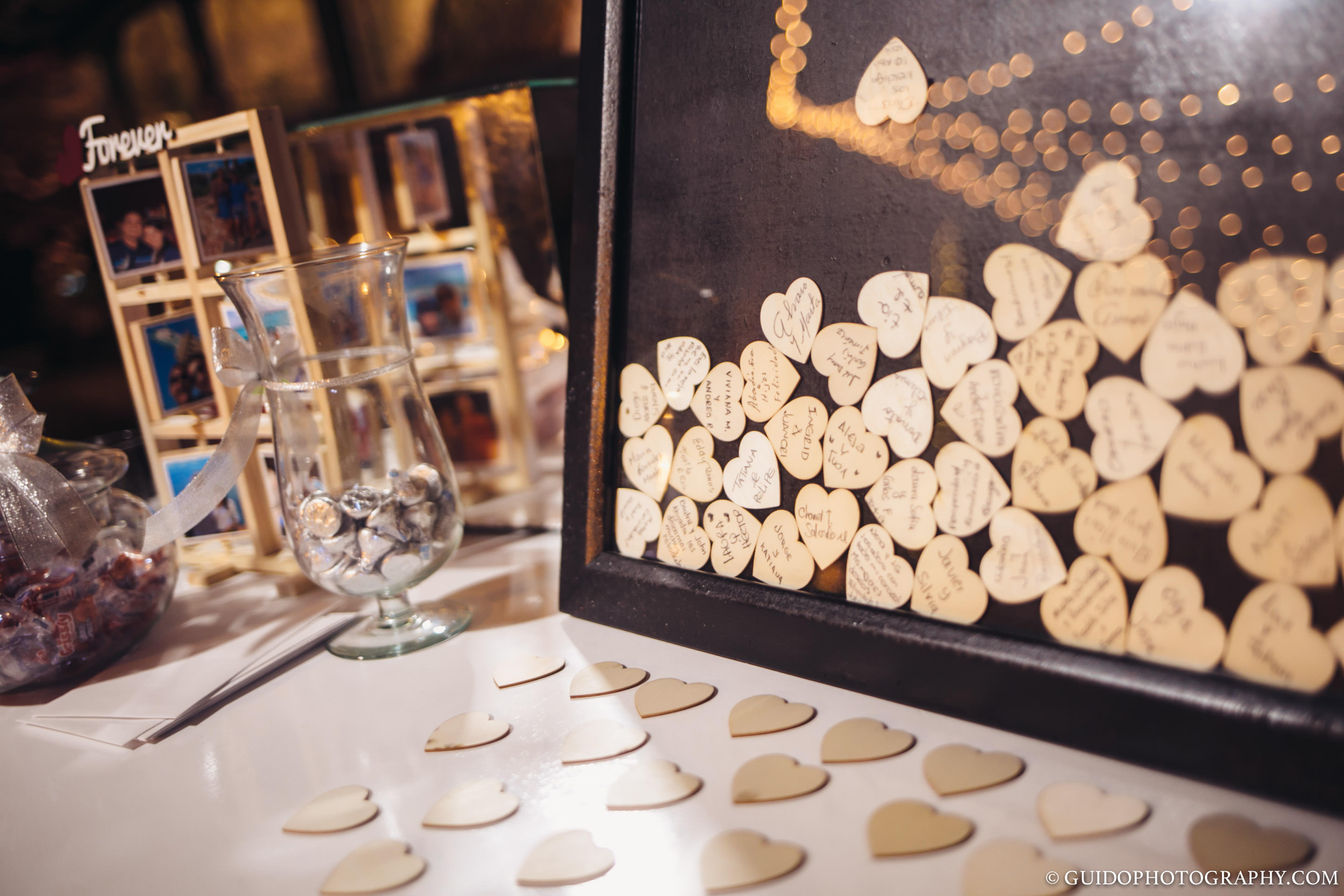 Everyone was happy celebrating the great step they had taken as a couple, there were tears, but tears of happiness. At the end of the reception 2:30 AM Alba approaches me and says “Regina everything went much more than I expected”, it was there when I realized that I had done my job well. Today, Alba and Luis celebrate their first anniversary of marriage, so fast, right? I hope it will be the first anniversary of many more years together. 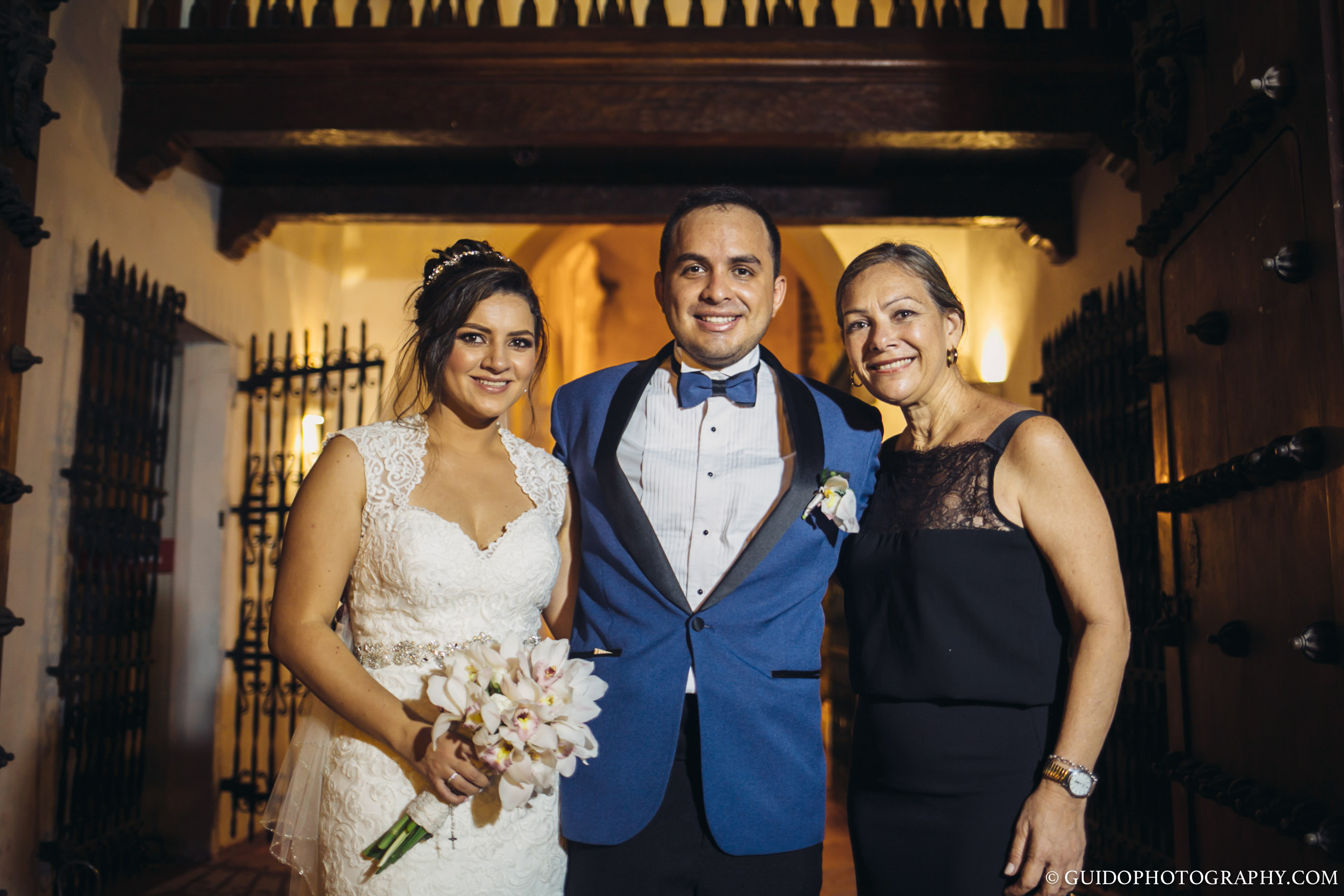 About the Author: Regina Brieva